HE NEWSWEEK ARTICLE, “TEST YOUR Geek Chic,” left me feeling inadequate when  it came to knowing the latest technology available today.1 The “quiz” asked questions ranging from the number of functioning computers and laptops I owned (two) to what kind of computer I used (Windows PC). The questions then got a little harder when they asked if I knew what some common e-mail abbreviations meant (133t=“elite”; ping=“contact or get in touch with, usually via IM or e-mail,” etc.). On and on the quiz went until the end, and I found my score well below 30. What did such a low score mean?
According to the article I was “stuck in the last century.”2 I was not cyber geek material! Maybe you can relate. After all, what is a “blog,” “podcast,” or “vodcast” anyway? Do we really need to know in order to reach a world for Christ? 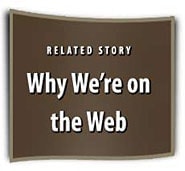 While some are computer savvy, others may be struggling to keep up with the basics: sending and receiving e-mails, surfing the Web, and avoiding viruses. However, Christians have to consider what impact we can have for God online. After all, wasn’t it Christ’s mission to go into the world? Notice His prayer to the Father in John 17: “My prayer is not that you take them out of the world but that you protect them from the evil one. . . . As you sent me into the world, I have sent them into the world” (John 17:15, 18).
Yes, Jesus wants us to be protected from the evil in the world. However, He also had a mission to the world. This world includes radio, television, even the Internet. Christ’s example is what we should follow. The question is: Are we willing to follow this example and enter the world of the Internet? After all, even cyber geeks need Jesus.
Pioneers of Technology Ministry
In case some are wondering if this would be the first time that Adventists have used a medium that could be deemed a “tool of the devil,” take a quick look into Adventist history from the 1920s to 1950s. This quick survey reveals the real reason why we should use technology for God’s glory.

Notice, the General Conference Committee encouraged the use of radio (and later television) as a vehicle to carry the message “into the very homes of the people.”8 Clearly, if radio and television were inventions seen as possible vehicles for carrying the gospel to the homes of millions, what about the Internet?

The Potential
ComScore Network, Inc., released a survey in May 2006 and estimated that during March of that year 694 million people age 15 or older used the Web.9 That number included 168.1 million users from four Asian countries: China, Japan, India, and Korea—about 25 percent of the online population.10 The survey found that the United States “is home to 152 million users, 22 percent of the world’s Web users.”11
As I think about that number of people using the Internet, I wonder: Would Jesus spend time in an Internet chat room seeking to save those who are lost? Would He tell His modern-day disciples (you and me) to establish an Internet presence by having a Web site? Would Jesus form an online group where weekly Bible studies could take place with people from around the world or just down the street in His neighborhood? Would He post His sermons on His blog, or make them available as a podcast or vodcast?
The Possibilities
Let’s look at some possible ways to use the Internet for Christ: 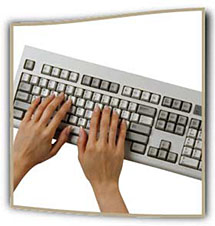 Church/Ministry Web sites: Having a Web site is a basic component of an effective Internet ministry. Web sites have been made available for all Adventist churches in the North American Division at www.adventist churchconnect.org. These sites are premade and can be upgraded for a yearly fee. Another online service that provides free Web sites for churches/ministries is the American Bible Society (ABS) at www.forministry.com. An example of one of our Adventist churches using this service can be seen at www.onwardsda.com. Web sites can provide space for newsletters, announcements, Bible study links, times of church services, streaming video, and other areas that you may want to include in your outreach.
Blogs: Short for “Web log,” a blog is an online journal. Here you can post pictures, opinions, a running journal of your experiences, or other information you want to share. You can invite family and friends to view your blog, and they can post responses to your journal entries. For ministry, a blog could be used for small groups and churches who want to keep members in touch. Also, Bible studies can be posted on a blog and non-Adventist neighbors and friends invited to respond.12
Podcasting: Podcasts can be thought of as online radio shows. Each show consists of a series of individual episodes. These episodes can be listened to one at a time or downloaded all at once. These online radio shows can then be transferred to computers or MP3 players.13 Podcasts can be used on a Web site to make recent sermons or presentations from your local church or ministry available. One example of the use of podcasts can be seen on the It Is Written Web site, where they make podcasts available to their online audience.14
Vodcasting: Vodcasts are video-on-demand-casts that can be distributed via streaming video on a link on your Web site.15 The Voice of Prophecy and others have streaming video of their broadcasts.16 For those who need help, professional vodcasting services are available. For do-it-yourselfers a complete step-by-step process can be found online.17
Chat Rooms: Although chat rooms get a bad rap by some, they can also be used for God’s glory. I have had opportunities to share Bible verses with people from across the world through Christian chat rooms. Also, if your church has a particular ministry (health ministry for example), a local chat with people interested in that particular area could provide contacts to invite to an upcoming event (vegetarian cooking school, etc.). This avenue could provide additional ways to present your program to those interested in it.
Online Groups: These groups provide places where people of like interests can come for support, advice, and information.18 Groups range from areas such as religion, science, hobbies, and everything in between. You can post messages to be discussed weekly, share photos, coordinate group events, provide links to Web sites related to your group and interact with people locally or around the world. It is a great resource to reach out to those on the Web. Groups could be started to reach out to atheists, Buddhists, Muslims, or any other group. You can even reach out to a group in your region or state.
Christ on the Internet
I am far from being a computer geek, and am sure that many other online tools are becoming available even as I write. However, the things mentioned above are tools that can easily be utilized to establish an Internet presence for Christ. Some have probably used a few of the tools without knowing the terms for them (you may have watched a broadcast via streaming video—this is a vodcast—or listened to a podcast). However, knowing some of the cyber idioms is also essential if we want to be seen as relevant to our world. Just as God used methods and language that the audiences of both the Old and New Testaments could understand, we should do the same in the vastly growing cyber-world we find ourselves in today.
About new methods and technology, Ellen White wrote: “God selects His messengers, and gives them His message; and He says, ‘Forbid them not.’ New methods must be introduced. God’s people must awaken to the necessity of the time in which they are living” (Reflecting Christ, p. 242).
The necessity of the times is one of technological competence. Though some are still open to methods used since the 1920s and 1950s, God has opened up another door of influence through which we must not be afraid to walk: the worldwide Web. Along with satellite radio and television, God has prepared the way for us to take the gospel to the entire world (Matt. 28:19, 20). May we use the Internet to reach all for Christ—including the cyber geeks.
__________
1“Test Your Geek Chic.” Newsweek 14, vol. 147 (April 3, 2006).
2Ibid.
3Seventh-day Adventist Encyclopedia: Commentary Reference Series, vol. 11, p. 1382.
4Ibid., p. 1047. Emphasis mine.
5Ibid., vol. 11, p. 1382.
6Ibid., p. 1048.
7Ibid., p. 619.
8Ibid., p. 1047.
9Eric Auchard, “Worldwide Survey Estimates 694 Million Adult Web Users.” The Boston Globe, May 7, 2006. http://www.boston.com/business/technology/articles/2006/05/07/worldwide_survey_estimates_694_mln_adult_web_users/?rss_id=Boston+Globe+--+Technology+stories  (accessed May 10, 2006)
10Ibid.
11Ibid.
12See http://360.yahoo.com to set up a blog.
13See http://podcasts.yahoo.com for more information.
14See www.iiw.org/podcasts  for an example.
15See www.vodcast.nl/index.html  for more information.
16See www.vop.com/videos/index.html .
17See www.edmarketing.apple.com/adcinstitute/wp-content/Missouri_Podcasting_White_Paper.pdf (for one example.)
18See http://groups.yahoo.com .
___________________________________
Murray Miller is a district pastor in Southeast Kansas and writes from Chanute. He and his wife, Marie, have a son, Mitchell, as well as a dog named Spunky. To see the district Web site, visit: http://www.forministry.com/USKSSDADVISACI
.
Advertisement
Advertisement