he boys walked home Monday afternoon from their one-room schoolhouse just across the fields and groaned to their mother that a substitute teacher would be leading the next day's lessons.

"Well, boys, I'm in no position to hear complaining about schools," Mary R. said to her four young sons.
Then the 42-year-old Amish woman told her boys that students at a nearby school "needed their prayers." There had been a hostage-taking earlier that day at an Amish school 15 miles down the road in Nickel Mines, Mary said, and several children had been hurt.

In an attack some in this tight-knit Christian community are calling "the Amish 9/11," an armed man burst into an Amish schoolhouse in Lancaster County on Monday (Oct. 2) morning and shot 10 young students before killing himself. As of Tuesday, five students were dead and five lay critically wounded at area hospitals. The gunman, identified as Charles Carl Roberts IV, shot and killed himself at the scene.

"That's exactly what this is -- the Amish 9/11," said Sam S., an Amish carpenter from Gordonville, a town about five miles from Nickel Mines. "We've never experienced anything like this before here." Like many Amish men and women, Sam and Mary asked that their full names not be printed because they didn't want to stand out from other members of their community.

Among the Amish, who honor a humble lifestyle modeled on the Gospels, such provocative statements are rare. But as Lancaster County's estimated 25,000-member Amish community struggles to make sense of Monday's shooting--the shocking violence, the chaotic search for loved ones, the conflicting and confusing news reports--many say it carries unmistakable echoes of the terrorist attacks of Sept. 11, 2001.

Though friendly with outsiders, whom they call "English," the Amish keep counsel among themselves. Forgoing modern conveniences, such as electricity, cars and computers, they live in close settlements, where family and friends are seldom more than a buggy ride away.

The lessons of the shooting, always grounded in the understanding that earthly events are driven by a divine hand, will be imparted in the living rooms and kitchens of the large, inseparable Amish families.

After the evening's chores were done--the horses fed and the barn swept -- Mary R.'s family gathered for dinner Monday around a large kitchen table at their farm in White Horse.

The conversation quickly turned to the shooting.

"This is our 9/11," said Mary's husband, Ben, 41, as his wife and their young sons picked at their hamburgers and soup. "Out here this is just so uncommon."

Mary's pregnant cousin--the mother of the Nickel Mines teacher--was visiting the school and was taken hostage, though she was let go before the shooting began.

As Mary and Ben explained the day's violence to their sons, they emphasized the importance of forgiveness and trusting in God.

While outsiders might be surprised at the forgiveness immediately extended to Roberts, Donald Kraybill, an authority on Amish culture, said that reaction is typical of the nonviolent Christian community.

"That theme of forgiveness really comes from the example of Jesus, who carried that spirit even to the cross," said Kraybill, a professor of Anabaptist studies at Elizabethtown College in Lancaster County.

In Gospel lessons, hymns and prayer books written in German dialect, those teachings are passed down through generations in Amish settlements.

"I think the Amish are much better prepared to cope with something like this than most Americans," Kraybill said. "They see things as having a higher purpose, there's a higher good, so they are more able to absorb and accept things in a spirit of humility."

But as their family gathered beneath a gas lamp in their living room after dinner, Ben and Mary struggled to explain why a gunman would want to hurt Amish children. They told their sons that he had a "little problem in his head that made him do mean things."

One of the boys stared at his plain black pants, fingered his suspenders and again asked, in a respectful tone: Why?Settling her hands on her lap, Mary said: "Sometimes we don't understand. I understand that the Lord does let this happen, but I do not know why."

"Really the only way to answer this is to toss it in the Lord's lap and say, `You take care of it, I can't,'" Ben said after turning to the boy.

"But you may ask him to please carry us through," Mary said.

That comment, as well as others critical of the worldwide Anglican Communion's bickering over the role of gays and lesbians in the church, are related in a new biography of the South African prelate, called "Rabble-Rouser For Peace," written by his former press secretary, John Allen. The biography is scheduled to be released close to Tutu's 75th birthday in early October.

In the book, Tutu is candid about his gradual acknowledgment "that sexual orientation, like race or gender, was a given," Allen writes.

Because he had retired as archbishop of Cape Town in 1996, Tutu held his tongue publicly after Anglican prelates rejected "homosexual practice" as "incompatible with Scripture," in 1998. However, in a letter to the spiritual head of Anglicanism, former Archbishop of Canterbury George Carey, Tutu wrote "I am ashamed to be an Anglican," according to Allen.

"He found it little short of outrageous that church leaders should be obsessed with issues of sexuality in the face of the challenges of AIDS and global poverty," Allen writes.

Tutu, who was awarded the Nobel Peace Prize for his campaign to overcome apartheid in his native South Africa, has become one of the world's most famous Anglicans. Though retired, Tutu continues to lecture and speak throughout the world.

All 113 passengers safely exited the Turkish Airlines plane after it landed under military escort at an airport in southern Italy.

The hijackers were unarmed and surrendered to Italian police after two hours of negotiations, during which the pair requested permission to deliver a message to the pope, aviation authorities said. The officials did not disclose the content of the alleged message.

If confirmed, the incident ranks among the most alarming acts of protest directed at Benedict in the wake of his remarks on Islam last month during a speech in Germany. It also represents a test to Benedict's resolve to visit Turkey on Nov. 28, his first trip to a predominantly Muslim country.

The Vatican's deputy spokesman, the Rev. Ciro Benedettini, said the pope was keeping abreast of the incident, but declined to say whether it would affect the pope's travel plans. The Associated Press quoted Vatican spokesman Federico Lombardi saying that preparations for the trip were "going ahead."

Aviation officials said the plane took off from Tirana, Albania, and was en route to Istanbul, Turkey, when the hijackers seized control of the plane. It was unclear how the unarmed hijackers managed to gain control of the aircraft.

Although the Turkish government has reaffirmed its support for Benedict's trip, lawmakers and Muslim clerics in Turkey have been among the loudest voices to denounce the pope and question his plans to visit the country. Much of the furor has focused on Benedict's use of a quote by a 14th century Byzantine emperor that called the teachings of the Prophet Muhammad "evil and inhuman."

Churches were firebombed in the West Bank, threats were issued by terrorist groups, and a nun was gunned down in Somalia hours after a local Muslim leader issued a call to "hunt down" the pontiff and kill anyone who offends Muhammad. The Turkish gunman who shot the late Pope John Paul II in St. Peter's Square in 1981 has also warned Benedict not to visit Turkey in November. Mehmet Ali Agca, who is currently serving a prison sentence in Istanbul, issued the warning through his lawyer, who reported the comments to the Associated Press.

"As a man who knows these things, I am saying that your life is in danger, don't come to Turkey," the AP quoted Agca as saying. Agca also appealed to Benedict to step down as pope and retire to Germany.

The pope has made several attempts to quell the violent reactions to his comments. A week ago he met with envoys representing predominantly Muslim countries, expressing his "respect" for Islam and his desire to advance dialogue between Christians and Muslims. That meeting came on the heels of a rare apology Benedict issued during his regular Sunday address Sept. 17, saying he was "deeply sorry" for the reaction he provoked.

Many Muslim leaders, however, have continued to insist that the gestures have not clarified whether the pontiff actually regretted making his remarks. Benedict has rebuffed calls to issue a second apology.

Benedict's push to visit Turkey has been a frequent source of tension with the government. Many Turks regard Benedict with suspicion for comments he made as a cardinal when he opposed Turkey's bid to join the European Union, saying the country's historical roots put it in "permanent contrast" with Europe.

"For millions of Americans, charitable giving and tithing is an essential part of their lives," Obama said in a statement. "And in a country where 37 million citizens live in poverty, we should be encouraging charitable giving, not limiting it."

Obama said his bill will clarify that last year's bankruptcy bill did not change the law "to prioritize creditors over religious
institutions and charities."

Obama said he expects the legislation, which he introduced with Sen. Orrin Hatch, R-Utah, on Friday (Sept. 29), to make its way through the House when Congress reconvenes in November.

In 1998, Congress passed the Religious Liberty and Charitable Donation Protection Act, which allowed individuals in bankruptcy to exempt up to 15 percent of their annual income from creditors for tithing purposes.

That rule was largely undone when Congress passed the Bankruptcy Abuse Prevention and Consumer Protection Act of 2005.

More than 2 million Americans filed for bankruptcy protection in 2005, and hundreds of thousands are expected to do the same by the end of 2006, according to the National Association of Consumer Bankruptcy Attorneys. 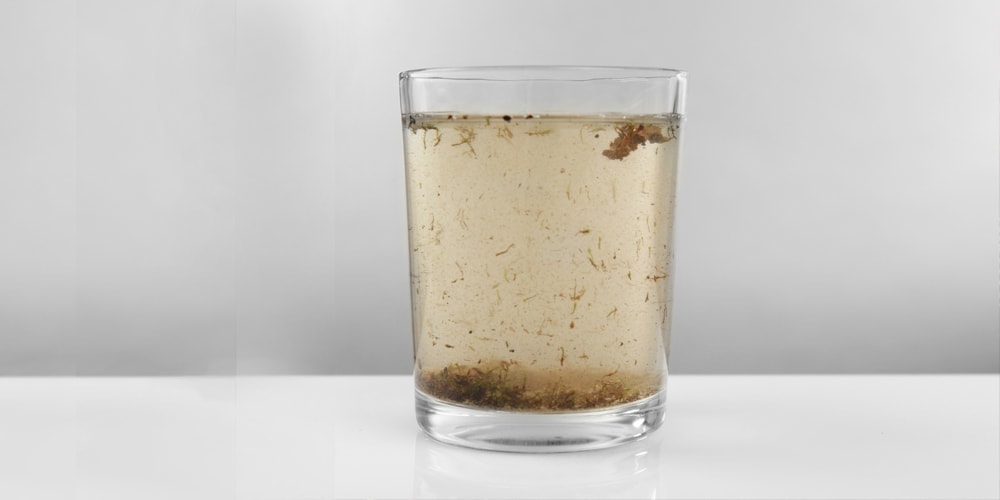 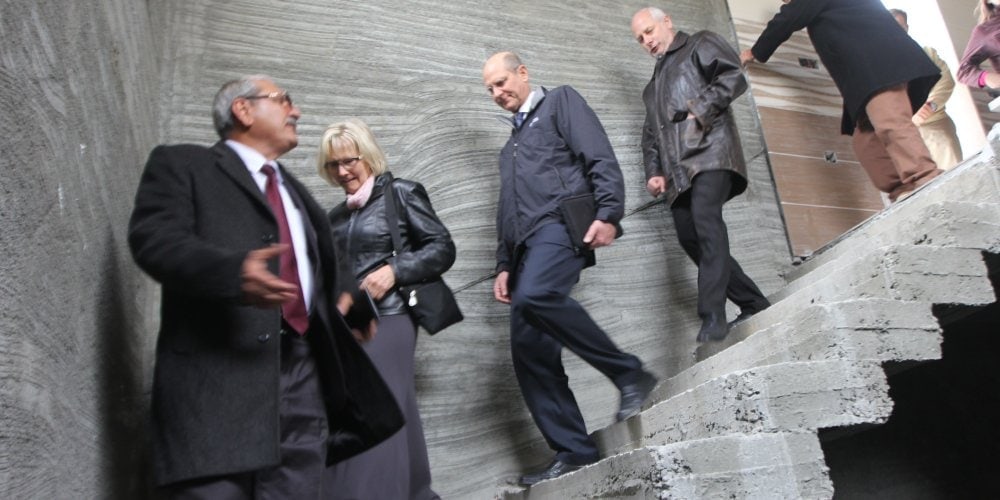