s the Israeli offensive against Hezbollah guerrillas in Lebanon entered its 13th day (on July 25) mainline Protestant and Roman Catholic leaders around the world continued to press the combatants--and the Bush administration--for an immediate cease-fire.
But as Secretary of State Condoleezza Rice made a surprise visit to beleaguered Beirut on July 24, neither Israel nor the United States appeared willing to begin the bargaining that could bring an end to the hostilities.
Many Christian groups have been pressing for a cease-fire since the crisis began on July 12, when Lebanon-based Hezbollah guerrillas entered Israel and captured two Israeli soldiers.

Recently, the World Alliance of Reformed Churches called for "an immediate cessation of violent acts by all parties," and said the first step "is for all acts of violence to end immediately."
In a letter to Bush, signed by more than a dozen Roman Catholic and Protestant groups--including the National Council of Churches-- Churches for Middle East Peace told the president his leadership "and the full weight of the Untied States, acting in concert with the international community, must be applied now to achieve an immediate cease-fire and to launch an intensive diplomatic initiative for the cessation of hostilities.

"This is a necessary first step toward the diplomatic resolution of this crisis and the Israeli-Palestinian conflict and the way toward a comprehensive Middle East peace," the letter to Bush said.

On Sunday (July 23), the World Council of Methodists, a body representing more than 65 million faithful, met in Seoul, South Korea, and signed the "Joint Declaration on Justification." That document, signed by the Vatican and the Lutheran World Federation in 1999, aimed to settle disagreements over "justification" -- the issue of whether salvation is God-given or earned through good works.

That question was at the center of a 16th-century debate that eventually sparked the Protestant Reformation. The joint declaration attempted to heal the rift by stating that salvation was a gift from God that reflected good works. A statement from World Methodist Council on Sunday said the group welcomed the agreement with "great joy."

"It is our deep hope that in the near future, we shall also be able to enter into closer relationships with Lutherans and the Roman Catholic Church," the statement said.

The measure, which was approved 260-167, is part of Republicans' "American Values Agenda," designed to galvanize conservative voters before elections in November.

Conservative lawmakers expressed particular concern that the phrase "one nation, under God" be kept in the pledge to reflect the country's religious history. "We should not and cannot rewrite history to ignore our spiritual heritage," said Rep. Zach Wamp, R-Tenn., according to The Associated Press. "It surrounds us. It cries out for our country to honor God."

Critics of the bill argued that it is a congressional overreach that defies the separation of powers between the three branches of government. Moreover, it denies the rights of those Americans who do not believe in monotheism, they say.

In 2002, the 9th U.S. Circuit Court of Appeals in San Francisco ruled that the "under God" part of the pledge, when recited in public schools, violates the Constitution by reflecting a governmental endorsement of religion.

The Supreme Court overruled that decision on a technicality, but the California atheist who brought the lawsuit has renewed his legal efforts. The case -- with new plaintiffs -- is again before the 9th Circuit Court of Appeals. Congress officially recognized the Pledge of Allegiance in 1945 with a special provision that requires congressional approval of any changes. In 1954, President Dwight Eisenhower asked Congress to amend the pledge to add the phrase "under God."

It is unclear when the Senate will take up the bill.

Teams of students, faculty and staff from the college have begun delivering checks from BSC's Alabama Churches Rebuilding and Restoration Fund to 10 churches damaged or destroyed by fire in early February. "There was a great outpouring from throughout the world," said Lane Estes, executive assistant to Birmingham-Southern College president David Pollick. "We had donations from $5 to $150,000. We feel good about what was raised."

The six churches that were completely destroyed by fire will get $53,000 each, a total of $318,000. The remaining $50,000 of the $368,000 fund was divided among four churches that had comparatively minor damage. The college plans to invite representatives of the churches to attend a dinner on campus this fall. "I see ongoing relationships coming out of this," Estes said. "It has provided opportunities for us to reach out and for them to use us as a resource."

The college announced its fund March 8 when officials learned that two of its students and one of its former students had been arrested for conspiracy and arson in the fires at nine of the churches. The college also included in the fund a 10th church that was destroyed by fire February 11. It was not linked to the other fires but may have been a copycat crime.

The fund received a $150,000 contribution from a Jackson Hole, Wyoming, couple who wished to remain anonymous. "They came and delivered the check," Estes said. "They didn't want their name known."
Advertisement
Advertisement 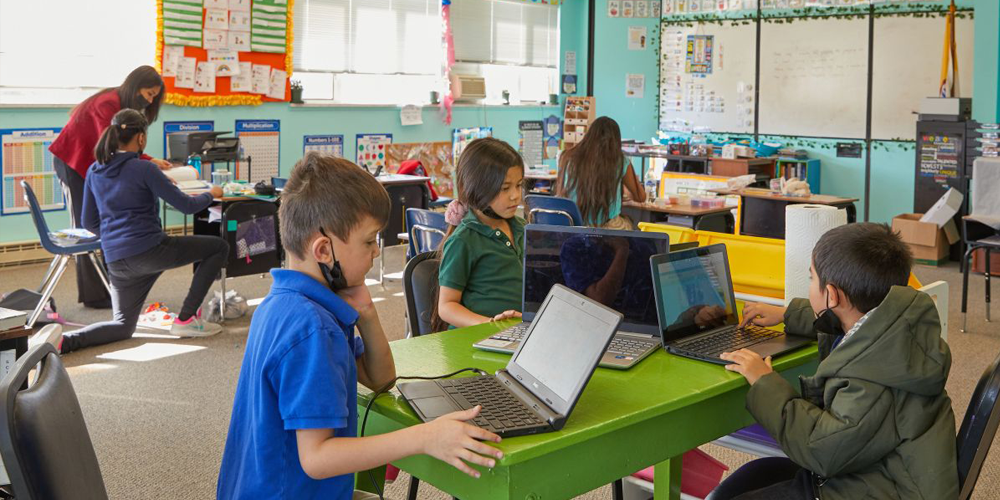