TRULY BELIEVE MY lot in life is to leave this world better off for my having existed,” says Lance Carr. “I will change the world for the better.”
Lance Aubrey Carr, of Fort Morgan, Colorado, believes that a life-altering transformation he experienced at the age of 34 is a testament to the power of God’s love, benevolence, and guidance. When his life was at its lowest ebb, he received from God the insight he needed to turn his life from one of hardship, frustration, and bitterness to hope, faith, and purpose.
Challenged From Birth
From the outset, Lance was born into a life of pain, anguish, and despair. Diagnosed at birth with Werdnig-Hoffman disease, a form of muscular dystrophy, early prognoses predicted that he would die within two years. As he beat the doctors’ predictions and grew into childhood, his body was racked with pain as his muscles slowly deteriorated. He was confined to a wheelchair, with no use of any limbs; the only part of his body he could move, with difficulty, was his head.
At the age of 12, because of a severe case of scoliosis, Lance was once again given less than two years to live unless he had an operation that doctors said he had only a 10 percent chance of surviving. Over three months Lance underwent a series of operations, in which metal rods were inserted into his back, bolts were screwed to his hips, and numerous bone grafts were performed in an attempt to straighten his spine. The surgeries caused complications that threatened Lance’s life even more; doctors doubted his survival.
Other Hurdles 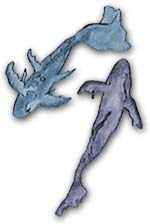 The pain and anguish Lance felt weren’t just physical. Lance’s disability effectively prevented him from having any social life. He was totally dependent on others, notably his immediate family, to move and function. He could not--and still cannot--bathe, dress, or feed himself without assistance.
In spite of his physical disabilities, Lance points out that God blessed him with a good mind (an IQ in excess of 175), which he used to obtain a college degree in mathematics, magna cum laude, with a minor in secondary education. His mother attended school with him, because Lance could not transport himself to classes, take notes, or write exams.
Lance reached a point where he felt his life was beginning to take a positive turn when he began a career as a mathematics instructor. He taught for several years at the high school level, then another three at a community college, while also serving as a tutorial center coordinator. Then life took a negative turn when he was laid off from his position as a result of budget cutbacks.
Up to this point in his life, Lance considered himself an atheist. The only “gods” he recognized were reason and logic. Certainly, he rationalized, his ongoing struggle with pain and misery did not track with the existence of a loving, caring divine being. The final straw came when a female companion who had shown interest in him fraudulently used some of his finances.
Then, midway through his 30s, Lance had his epiphany.
A Ray of Hope
“At that time I was at a low point in my life because of years of pain and suffering, my recent loss of employment, having a woman I trusted steal from me, as well as a general sense of overall despair.
“I was sitting at my computer experiencing the ‘same old, same old’: physical pain, emotional trauma, feelings of hopelessness, boredom, and frustration. In a moment of revelation, the proverbial clouds parted, the sun shone through, and everything became quite clear to me. I deduced that if everything in my life was so horribly bad--why hadn’t I quit, given up, looked for the exit? I felt as though something evil was working against me and decided that if there was indeed some agent working against me in my life, there must be a corollary in the form of a loving and benevolent Being who was the source of my ongoing motivation--despite all obstacles--to endure and strive for more. This, I felt, was God.” 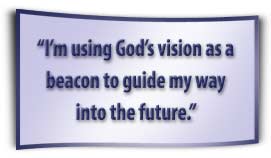 Until that time, Lance said that all his life he had taken a naturalistic view of life’s evolution and humanity’s self-determination. Now it became clear to him that God functions in a manner that provides humans with consciousness and awareness, as well as free will and the ability to make any choice. At the moment of his epiphany, Lance called to God for assistance with the absolute and irrefutable knowledge that He was real.
“I yelled inside of my head, ‘I love You, and I appreciate everything You’ve done for me. Please forgive my arrogance and my transgressions. Please fill me with as much knowledge as You know I can take, knowledge about the hows and whys of human existence. Please give me purpose and guidance. If You do, I promise to be a shining beacon of Your Word.’”
A Life of Purpose
Suddenly it seemed as though Lance heard a “pop” in his mind as many things become clear to him. He felt as though God was blessing him with knowledge and information that ran the gamut from philosophy to science and theology to sociology. He decided to dedicate the rest of his life to serving the world by using the gifts God had given him.
Given his physical condition and limitations, Lance tackled the challenge of how to accomplish those goals. Lance says God gave him two specific tasks. First: to share his views, philosophy, and the knowledge that God had imparted to him through the Written Word. To that end, he created a Web site* through which he provides information, a forum for discussion.
In addition to the Written Word, Lance wanted to share God’s vision through a visual means that had a creative format. He chose the medium of painting and created four paintings that depict the cycle of life from birth to death, paintings that reflected his understanding of religious themes.
In his paintings, as in the rest of his life, Lance faced a major obstacle: he had no use of his hands with which to paint, and a very limited ability to move his head. Confined to a wheelchair, his only means of communication was through his computer. Through voice-activated software, Lance could only send e-mail messages.
But with a great deal of thought and research, Lance developed a system to create paintings on the computer by pulling together and adapting various forms of software and hardware.
Lance accomplished this by installing a camera, mounted on top of his computer monitor, that sends an infrared beam to a reflective dot he wears on his glasses. The dot controls the cursor on his computer. Using the movement of his head, he created “brushstrokes.” He had to hold his breath when making fine strokes. Each painting took an average of 60 hours to create. The process was made all the more painstaking, as even a breath at the wrong time could ruin a painting.
Lance created four paintings to represent the journey on which God was now his companion. He titled the paintings: In the Beginning (origin), The One (divine intervention), Being, Living, Hoping (nature of existence), and Gentle Goodbye (death).
Dedicated to Sharing
Lance currently lives with his parents in Fort Morgan, Colorado, a small, rural town northeast of Denver. He sells copies of his paintings to help pay his health-care costs and to lighten the burden placed upon his aging parents by his special needs.
“For the world to be a better place and society to realize its potential, people need to take responsibility for making their lives better and those of the people around them,” says Lance. “If life is unfair, change it; don’t get used to it.”
Reflecting on his own hardships, Lance says, “God doesn’t leave us defenseless; He gives us gifts so that we can overcome. Our responsibility is to discover and hone those gifts; this is the way we serve His will and purpose. I have overcome the darkness of my past, and I’m using God’s vision as a beacon to guide my way into the future.”
_________________________
*www.lancecarr.com
_________________________
Robert J. Fisher is president of Fisher and Associates, based in Los Angeles, California.
Advertisement
Advertisement