Presbyterians May Cut More Than 100 From National Staff

he Presbyterian Church (USA) must cut $9.15 million from its budget and may be forced to lay off as much as a quarter of its 600-person national staff, most of whom work at denominational offices in Louisville, Kentucky.

The denomination's General Assembly Council (GAC) will vote on the budget cuts at an April 26-29 meeting. Budget reductions must be made by 2008 and resulting staff cuts will probably be announced May 1, the denomination announced on March 14. No final decisions about exact positions to be cut have been made.

The denomination has approximately 2.4 million members, 11,100 congregations and 14,000 ordained and active ministers. The cuts would follow$7 million in cuts that were made in 1993 during a major restructuring. The 1993 cuts eliminated approximately 140 jobs from a workforce of about 700.

Denominational officials say the cuts stem from reduced amounts of giving to national programs by local congregations and presbyteries because Presbyterians are giving more to their local churches. "This is clearly part of a longer trend in the church and probably most churches," John Detterick, the executive director of the General Assembly Council, told Presbyterian News Service.

He said national programs will remain important for the denomination, but said work coordinated by the GAC is likely to be "smaller, less resource-producing and more networking, less programmatic and more enabling of the presbyteries and congregations."

Joey Bailey, the denomination's chief financial officer, told the Presbyterian News Service that the national denominational programs actually underspent their budgets by $2.1 million in 2005. "If we could do that again in 2006, most of this year's problem would be solved," he said.

However, he said contributions for non-designated programs by congregations and presbyteries are expected to decline even further in 2007.

Baptist Student Finds $30,000 Amid Debris
in New Orleans Home While Helping Clean Up

After ripping sheetrock from a moldy closet, Trista Wright was removing the debris when a flash of green caught her eye.

Wright, on a spring break mission trip to New Orleans, reached into the debris and pulled out an old, grubby $100 bill. As she dug around in the debris a little more, she discovered that an air conditioning vent secretly had served as a makeshift safe, and she pulled out another $100 bill, then another and another.

“At first, I thought it was Monopoly money. It was just stacks of $100 bills. The money was very old,” said Wright, who was part of a Baptist Collegiate Ministries group from Armstrong Atlantic University in Savannah, Ga.

When the students hastily totaled the money, it was more than $30,000. The discovery presented a new problem: "What do we do now?"

After consulting with the leaders of the mission trip, they decided to notify the local authorities. The sheriff’s department came, verified the identity of the homeowner and learned that the home had been in the family for several generations.

The owner of the home, who wanted to remain anonymous, had inherited the house after her mother died a couple of years ago. Wright said the woman was not surprised by the find because her mother hid things around her house all the time. In addition, her father was suspicious of placing money in banks, having grown up in Depression era. Even though finding something hidden was not a surprise, the amount was a shock to the homeowner.

As troubling reports continue to surface of the possibility of the avian flu virus jumping to humans, the federal government has released a list of ways religious groups can prepare to help in the event of a widespread outbreak of the lethal virus.

"The collaboration of faith-based and community organizations with public health agencies will be important in protecting the public if and when a pandemic occurs," Health and Human Services Secretary Mike Leavitt said in a statement.

The avian flu virus has so far spread to humans primarily through contact with infected birds, but scientists fear that the virus will mutate into a form that could spread easily from human to human, potentially killing millions of people.

"(Faith-based) organizations provide vital support services and can help build awareness of the pandemic influenza threat," Leavitt said. "By working together now, we'll be better equipped to serve communities in the future."

The two-page checklist for faith-based groups, developed by the Centers for Disease Control and Prevention, includes suggestions such as obtaining regular flu shots, identifying religious rites and practices that could facilitate the spread of the virus, and addressing the "rumors, misinformation, fear and anxiety" that a widespread outbreak could produce.

An outbreak of the H5N1 avian flu virus in Turkey -- the first case of the disease spreading outside East Asia -- has concerned heath officials worldwide. More than 100 people have died of bird flu since late 2003, most of whom lived in China and Southeast Asia.

The federal government has set aside $100 million for state governments to assist community groups in preparing for a flu outbreak, and Health and Human Services is planning "Pandemic Planning Summits" in each of the 50 states in coming months.

The gesture occurred through an exchange of messages between the two leaders in late February, which the Vatican released on Friday.

In a letter carried to Moscow by Cardinal Roger Etchegaray on Feb. 17, Benedict wished Alexei a happy birthday and called for the two churches to undertake "more intense collaboration in truth and charity that increases the spirit of communion."

Benedict wrote, "The contemporary world needs to hear voices that indicate the path of peace and respect for everyone and condemn all acts of violence."

Alexei responded to the message saying that Catholics and Russian Orthodox shared "a common vision of the current problems of the contemporary world" and that the "defense of Christian values in society must be one of the priorities for our churches."

"I hope that this will contribute as well to the rapid resolution of problems that face our two churches," Alexei wrote without elaborating.

Since Benedict's election in April, relations between the Vatican and the Russian Orthodox Church have at times appeared to be on the mend. In recent years, Alexei has repeatedly accused the Catholic Church under John Paul II of supporting proselytism, or conversion, of Orthodox Christians to Catholicism in Russia.

Alexei's opposition ultimately prevented John Paul from fulfilling his long-held wish of visiting Russia. Tensions between Catholic leaders and the Orthodox have also been high in Ukraine, which Alexis considers Orthodox territory.

Magazine Article
Alone in a Crowd
Conquering loneliness—the loneliness of the crowd. 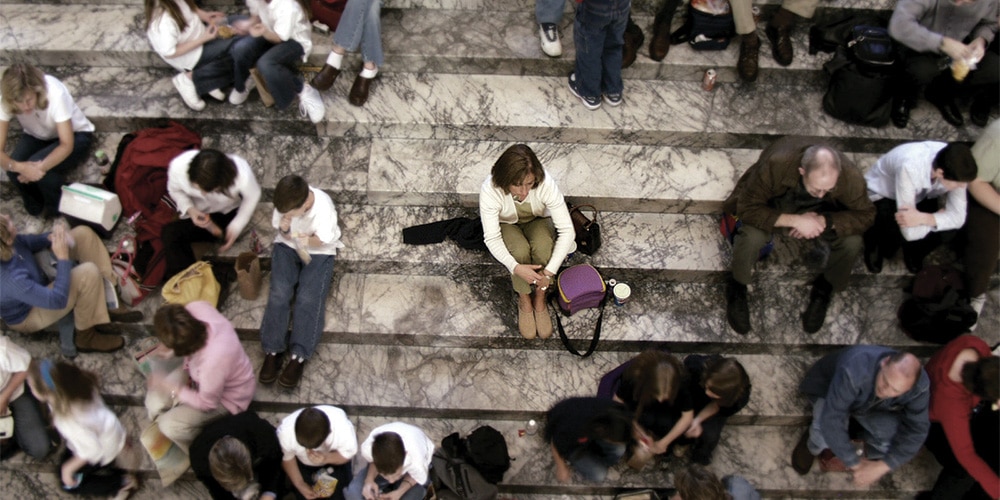